Wondering who makes Cabela’s pellet grills? Read on to find out more about the improbable history of the leading outfitters’ store in the US. 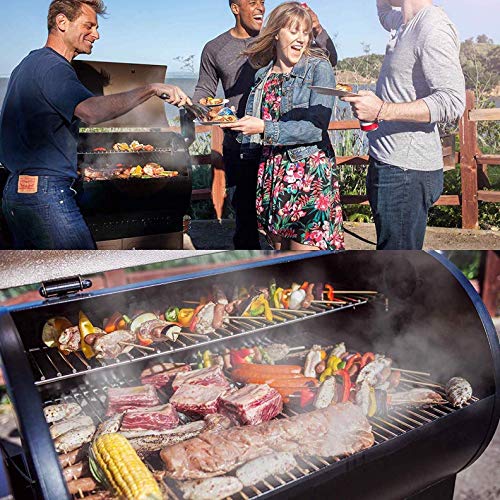 Cabela’s: How It All Began

The story of this leading outfitter begins in 1961 at the dinner table. Few would have believed at that time that a simple idea to sell fishing flies would proliferate into a nationwide outfitter chain.

Almost everyone dreams big but few have the perseverance, ingenuity, and courage to turn this aspiration into a reality. Richard Cabela dared to dream big and despite the humble beginnings of his tiny business, he had the vision, fortitude, and acumen to make it one of the biggest success stories of the present era.

The outdoor industry, in particular, is known for its uncertainty. With each season there are several closures. Several businesses are formed each year to meet the same fate. Few businesses survive the initial years.

But Richard Cabela’s outfitter business did not just prosper. It became the biggest global retail and online outfitter of outdoor, fishing and hunting equipment.

The business started in 1961 when Dick Cabela thought about selling fishing flies that he had bought in a Chicago furniture store. Little did he know at that time where this would go.

He ran an ad in a small Wyoming newspaper offering to sell his fishing flies for just a dollar. He got one reply for his efforts.

Despite the meager response, he sensed an opportunity and made a bold new plan. He placed ads in outdoor magazines offering to sell sets of hand tied flies for just 25 cents which included postage and handling costs. True to his prognosis, orders steadily started arriving from sportsmen and women across the nation. 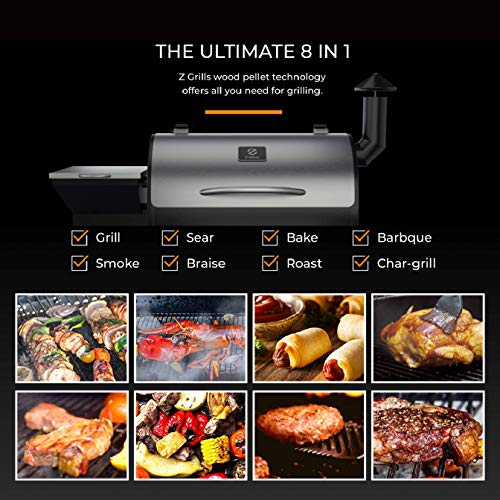 Early Growth for the Enterprise

In each mail order, Dick Cabela also included a catalog of outdoor gear that he was steadily adding to the product range. He ran the business at that time from his kitchen with the assistance of his wife Mary.

By 1964 there was enough demand for his outdoor gear to warrant a better location for his business. Initially, operations were shifted to the basement of his father’s furniture store. From there, it moved to different buildings located in Chappell. In 1969, Cabela’s started operating from a fifty thousand square feet building located in Sidney, Nebraska.

Initially, Mary and Dick were able to manage operations with assistance from part-time typists who were employed to type catalogs, labels, and mail. But towards the close of 1962, it became apparent that full-time employees were needed to handle the growing demands of the prosperous business.

Dick first urged his brother Jim to join his venture in 1963. In those early years, neither Dick, Mary nor Jim withdrew any salary from the enterprise. Whatever revenue they earned was reinvested into a new gear, more mailing and better facilities. The business grew rapidly as a result of this forbearance. Today, the global headquarter of Cabela’s is located in a building in Sidney with an area of 250,000 square feet. 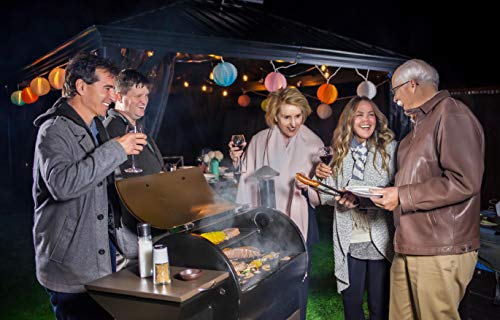 The company started off as a catalog business which continues to grow in scope and product range. Currently, the company is printing about a hundred different catalogs which include immense Fall and Spring Master catalogs as well as specialty books that deal with outdoor activities like boating, fly-fishing and archery. Cabela’s catalogs are available in 125 countries around the world and across all 50 states within the country. Cabela’s is the premier destination for economical and reliable outdoor gear and equipment.

Cabela’s has also enjoyed immense online growth. The company’s internet department continues to grow exponentially. The company started its e-commerce section in the early years of the internet in 1998 and has not looked back since then. Due to its early start and grand vision, Cabela’s captured the lion’s share of the outdoor equipment market on the internet. The thriving e-commerce platform continues to experience tremendous growth in internet traffic. It features continuously updated content, products and community pages.

The retail division controls several popular storefronts which are now landmarks in major cities across the US. Cabela’s showrooms orchestrate the very best in an outdoor gear shopping experience. These venues offer a comprehensive educational and entertainment experience to outdoor enthusiasts and their families. 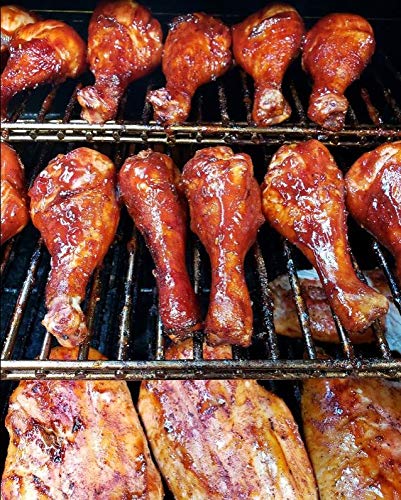 Cabela’s commenced the World’s Foremost Bank in 2001 to support its store-brand credit card which the company started offering to its customers in 1995. The bank provides exclusive services for its store cardholders such as payment processing, risk management, and exceptional customer service. With the store-brand visa card, customers can earn points which they can spend their rewards on their future purchases.

Cabela’s conveys its brand message and core values through its award-winning TV shows and magazine. The high production quality TV shows and magazine regularly feature top sports personalities and adventurers who educate and entertain customers about what the great outdoors is all about.

Another milestone in the thriving company’s history was reached when in June 25 2004, Cabela’s stocks began to be publicly traded on the New York Stock Exchange. On its debut, the stock price shot up by 40 percent in just the first few minutes of trading as the general public jostled to get a hold of the most successful outfitter’s shares. Thanks to the tremendous public interest, the opening day of Cabela’s stock trading was one of the most successful debuts on Wall Street.

As you would expect, the company garnered several accolades during its years of existence. In 2001, the Catalog Age magazine in its Consumer Shopping Survey rated Cabela’s catalogs as the 5th most popular worldwide lead only by industry giants like Sears and JC Penney. Cabela’s has also won the following awards for its outstanding products and services.

Circle of Excellence Award from BizRate.com for superb online services during the holiday season

Besides these prestigious awards, the company has also earned several awards in recognition of its outstanding services to the conservation cause.  Fortune magazine also included the company name in its Top 100 Companies to Work For during its January 2000 issue.

Although the company has continued to evolve and grow over the years, one thing has remained constant throughout. The company philosophy and core brand values are based on the premise that the customer is paramount. This philosophy was instilled by the founders Mary, Dick and Jim Cabela ever since the very beginning. Dedication to customer service and experience are the key factors behind the phenomenal success of the company.

Another company core value is that of inclusivity, diversity, respect for all and equal opportunity. Cabela’s has fostered these values by nurturing a unique company culture that promotes diversity and includes employees from all backgrounds. The company has created a truly diverse workforce by embracing and respecting all cultures. As a result, employee satisfaction and morale are high.

The company has taken several steps to promote cultural and ethnic diversity. For instance, during the Black History Month of 2017, the magazine interviewed Trent Cole who is renowned for his 12 outstanding seasons in the NFL. Trent Cole is also a passionate hunter, adventure and a Pro Team Staff member of the company. Cabela’s also featured in its magazine and TV show an interview during the same Black History Month from Mark Daniels who is a competitive angler and the fishing ambassador for the company. 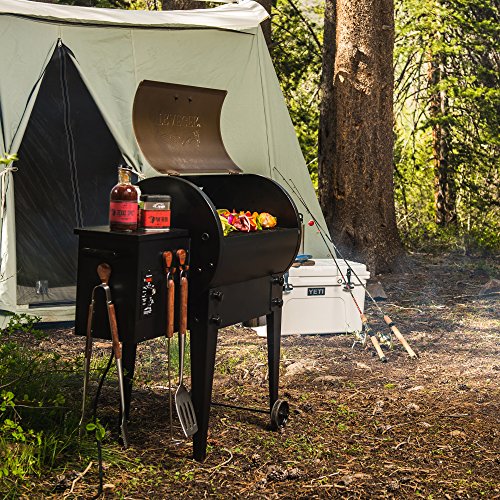 Cabela’s has also partnered with several conservation organizations to preserve wildlife. For instance, it collaborates with the Quality Deer Management Association which is a nonprofit organization dedicated to safeguarding the future of the white-tailed deer. At over 60,000 members in the US, Canada, and other countries, the QDMA is one of the fastest-growing conservation groups in the US. The organization has successfully increased deer population in its natural habitat while educating hunters about its compelling philosophy to conserve wild deer.

Cabela’s has its business code of conduct and ethics to which it strongly adheres. It requires all of its employees to agree to its ethics and the code of conduct. All business partners, suppliers and vendors must also observe these values and strictly follow ethical labor policies.

By the way, Cabela’s makes their own pellet grills. They’re good grills, but of course, have some bad reviews as well. Overall, Cabela’s prides themselves on making quality products and their pellet grill is no exception. It compares to some of the other big names in the pellet grill space but might fall short of some of the premier grills and their features.