For years, pitmasters have had the opinion that they need to smoke a brisket with the fat side up. Theoretically speaking, melting a brisket’s fat cap would result in basting the meat with moisture and, therefore, side-stepping a dry meal.

Still, there are many master chefs and amateurs alike who have won people’s attention by barbequing brisket with the fat side down. Then again, there are those who keep flipping the meat after every 2-hours.

So the real question is, should be smoke brisket fat side up or down? 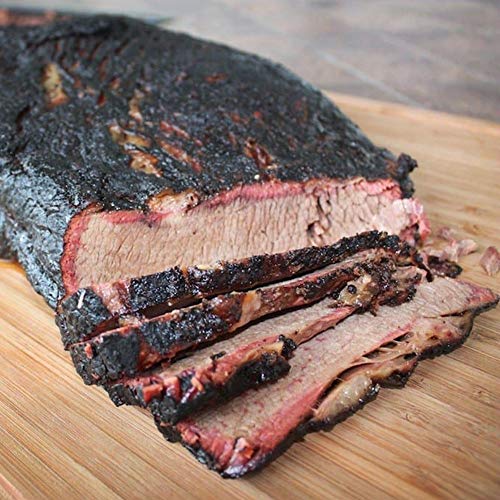 For those newbies who are scratching their heads at this point, briskets have 2 distinct surfaces. One of them is bare meat, whereas the other is made-up of fat. While that should clear-up the obvious, briskets also consist of 2 distinct muscles: ‘the Flat’ and ‘the Point’. The flat end of the brisket consists of a thinner coat of fat whereas the pointed end has a thicker covering.

Often, pitmasters cut their brisket in half to split the difference between the two sides, however, we believe it is best for the final product to leave the meat whole. Of course, we’re back to square one – which way should the piece of meat be facing? Up or down?

Smoking a Brisket Fat Side Up

People who prefer this cooking style claim that doing so melts the fat into the meat, which in turn makes it juicy and moist. As mouth watering as it sounds, this is a myth. As a matter of fact, meat never absorbs fat. Instead, fat just melts into the drip pan and also takes any seasoning you may have added on your meat along with it.

To make things worse, cooking a brisket fat side up also ruins the overall presentability of your meal. The fat does not form a uniform layer like the bare meat and the result is an unappetizing piece of meat.

To be fair, this method of cooking brisket isn’t a complete fail. If you’re using an offset smoker, or any other model of smoker that adds heat from above, fat side up is naturally the way to go.

A 14-pound piece of meat goes into the smoker and comes out as an 11-pounds of meat about 15-20 hours later. The difference is due to a drip pan that consists of a lot of melted fat which will pour over the brisket and keep it moist.

Meat doesn’t act like a sponge and it can only absorb moisture in small amounts, depending on the right salt content, pH level, and temperature. In either case, the fat from the meat will run off the spice and wash it off. 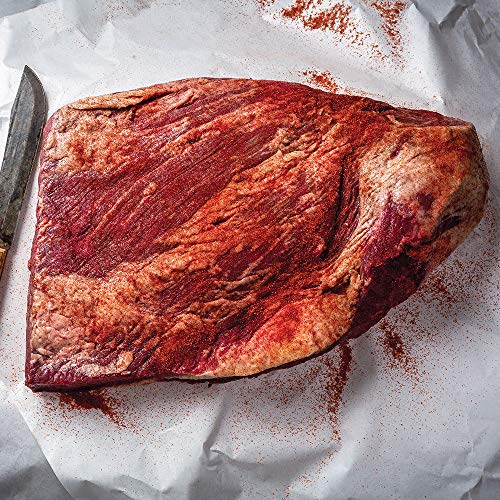 Smoking a Brisket Fat Side Down

As you may have guessed up till this point, we’re team fat side down. Since the fat is down below, it wouldn’t run off your seasoning when it melts and the bark of meat would retain all the flavors you worked so hard to produce.

In addition, when the fat melts onto hot coals, the smoke produced adds a noticeable amount of flavor into your meat. Here’s how it works. Most cookers have heat coming from beneath the meat and the fat on your brisket works like an insulator. As your brisket cooks, it gets protected from intense heat because of the fat that it retains. The inevitable result of this style of cooking is that your meat doesn’t get dry during the whole process.

The best part: the surface of your brisket will have formed a uniform bark of meat, making for a very presentable dish.

Heat rising into your brisket is the biggest reason why it dries out. By using its fat cap as a shield, you can retain a lot of delicate meat and end-up with a lot less drying out on the surface.

Your smoker produces two kinds of heat. One is made up of smoky heated air which oscillates inside the smoker and does the majority of the cooking. The other is known as radiant heat and this heats anything that it runs into.

Radiant heat tends to dry out meat very quickly and you shouldn’t allow it to hit your brisket. The convection of hot air is quite enough to draw out moisture from the brisket and only experience with a smoker can help you here. 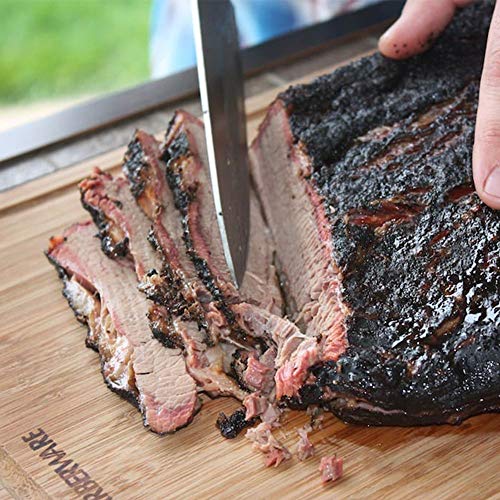 By flipping your brisket over after a couple of hours (commonly 2 hours) and basting, you can experience the best of both worlds. The most obvious benefit here is that the side that is turned away from the heat will get a chance to rest and will then reabsorb moisture. Either side of the brisk won’t dry out and the meat will get basted by the molten fat cap for about half the cooking process.

The biggest disadvantage of flipping your brisket over after every 2 hours or so is that you may be dropping a lot of moisture into the flames. Other than this, you may also be exerting pressure on the meat which forces some of the moisture out. Of course, you can avert this by basting after each turn. Similarly, if you don’t flip your brisket over as much and keep basting it, your final product is a lot more moisture in the brisket.

If you’re a newbie going at it, try and notice that the part of the brisket which remains closer to the heat turns out dry. Of course, your brisket will turn out differently depending on the type of smoker you are using. If your smoker heats from beneath the brisket, then cooking fat side down will protect it from drying out.

One thing is for sure, though. Smoking brisket fat side up is only effective if you’re using an offset smoker. You might want to consider rotating the brisket so the surface is burnt by the heat throughout the process.